Tech company Tecno is preparing to bring two new smartphones to India. While a phone from the brand will be launched with a pop-up selfie camera, the other phone will have a 48-megapixel quad rear camera with a punch-hole display. It was recently revealed that the smartphone with the punch-hole display of Techno will be named Tecno Camon 15. At the same time, Tecno has officially told that for its new smartphones, the company is going to organize a launch event in India on March 20 and on the same day new phones of Techno will be launched in India. 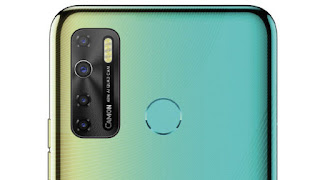 Tecno has informed about organizing the launch event on 20 March by sending a media invite. Techno has not yet revealed whether the company will launch the Tecno Camon 15 with a punch-hole display on this day, or it will be introduced with the brand’s first pop-up selfie camera device. Although the company has started teasing the smartphone with a pop-up camera on its tweeter handle, the name of this smartphone is still kept a secret. It is expected that this phone will also be revealed on 20 March.

Let us know that Techno has not yet revealed the name of this upcoming smartphone, but we have received information from strong sources that this smartphone of Techno with the name Tecno Camon 15 will knock in the Indian market. The device will be launched on a punch-hole display that will be on the top right of the front panel. The phone’s front camera will fit in this punch-hole only. Let us know that the company will launch Tecno Camon 15 in a low budget and the price of the phone will be less than Rs 10,000.

The back panel of the phone is visible in the photo we received. The camera setup is located on the top right of the rear panel of the phone, which is in the vertical shape. This camera setup has four camera sensors on the right side. The quad LED light is provided in the vertical shape on the left side of these camera sensors. The Camon 48MP AI Quad Camera is written just below the flashlight. This text also makes it clear that this upcoming smartphone of Techno will support 48-megapixel primary camera sensor. 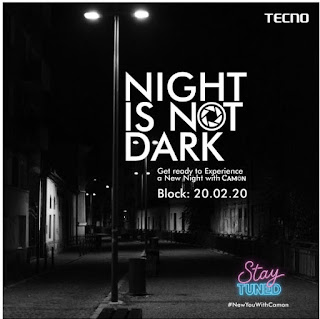 Also Read:- How to use Multiple WhatsApp Account in One Phone

This #ValentinesDay, pop up your new love with Tecno! Bring out the #NewYouWithCamon. pic.twitter.com/ELMYYrOryW

Techno today teased its upcoming pop-up camera smartphone on the occasion of Valentin. The phone’s vector image has been shared by the company, which is similar to a sketch. In this photo, a pop-up selfie camera is shown coming out from the upper right side of the phone. There is only a single selfie camera here. Similarly, there is a volume rocker on the right panel of the phone, which has two different buttons and the power button is seen below it. In its tweet, the company has used the hashtag #NewYouWithCamon.

How You can Transfer Jio Data & Talktime Balance

ABOUT US
Find Best Ways to Earn Money Online and movies news with How to Tips and Tricks. Get the Best Tips and Tricks Related to Android, Windows iOS and Online Shopping Tricks, best Memes, Gifs, and Images, and many more.
Contact us: infoakashdounda@gmail.com
FOLLOW US
© hifitrick.com 2020