Home Tech Honor 9X Lite comes with 48 megapixel camera, will be launched soon
Share
Facebook
Twitter
WhatsApp
Telegram
Honor launched its new smartphone Honor 9X in the Indian market only last month. This phone supports a pop-up camera with a large battery that is available for sale at an initial price of Rs 13,999. At the same time, news related to Honor is coming, the company is going to bring another new version of Honor 9X which will be launched in the market with the name Honor 9X Lite. Even before the announcement of the company, the poster of Honor 9X Lite has been leaked on the Internet, which has revealed the design of the phone as well as its important specifications. 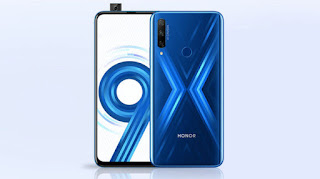 The poster of Honor 9X Lite has been shared on the internet, showing the back panel of the phone. Talking about the design, the rear camera setup is given on the upper right side on the back panel, which is in the vertical shape. In this setup, two camera sensors are provided, below which the flashlight is installed. To the left of the camera, sensors are written 48MP AI Camera. It is clear from this photo that Honor 9X Lite smartphone will support a 48-megapixel primary rear camera sensor. 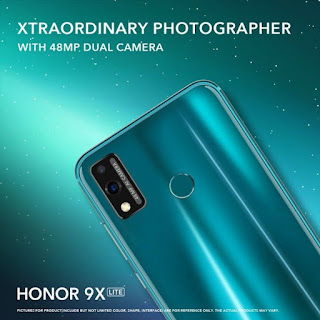 The Honor 9X has been launched by the company on a 6.59-inch FullHD + OLED full view display with 1,080 x 2,340 pixels resolution. This smartphone has been introduced on Android 9 Pie-based EMUI 10 which runs on Huawei’s Kirin 710F chipset with an octa-core processor clocked at 2.27 GHz clock speed. Also, GPU Turbo 3.0 is also present in this phone for graphics.

Talking about the photography segment, Honor 9X supports the triple rear camera. The back panel of the phone has a 48-megapixel primary Sony IMX586 sensor with an F / 1.8 aperture with an LED flash. In addition, this phone supports 8-megapixel wide-angle lens and a 2-megapixel depth sensor. Similarly, Honor 9X has a 16-megapixel pop-up camera with F / 2.2 aperture for selfie and video calling. 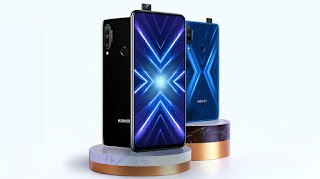 Honor 9X is a dual SIM phone that supports 4G LTE. Apart from basic connectivity features, this phone also supports 3.5mm jack. For security and phone unlocking, while the Honor 9X has a side-mounted fingerprint sensor, this phone is also equipped with face to unlock technology. Similarly, for power backup with 3.5mm jack and USB Type-C port, Honor 9X has a large battery of 4,000 mAh.

How to Install Jio Tower on your Property, Jio Tower कैसे स्थापित करें

How to Activate/De-Activate Jio DND Service

How to Port BSNL Number to Any Other Network

How to Port Aircel Number to Any Other Indian Network

ABOUT US
Find Best Ways to Earn Money Online and movies news with How to Tips and Tricks. Get the Best Tips and Tricks Related to Android, Windows iOS and Online Shopping Tricks, best Memes, Gifs, and Images, and many more.
Contact us: infoakashdounda@gmail.com
FOLLOW US
© hifitrick.com 2020
MORE STORIES

How to Port Vodafone Number into Any Other Network